Bakopoulos Katharios consists of a small team of lawyers with considerable academic background, specialization and professional experience. Their skills are enhanced by the continuous monitoring of developments in legislation and jurisprudence at Greek and EU level. Based on an understanding of clients’ needs, they are committed to reaching solutions at all levels, advisory and litigation. Kostis Bakopoulos is the Managing Partner of Bakopoulos Katharios. He is a member of the Athens Bar Association since 1987.

Graduated from the Law School of the University of Athens, Kostis then pursued his Ph.D. in Employment Law at the Freie Universität in Berlin.

Since 2009, Kostis balances his private practice with his academic activity as an Assistant Professor at the Law School of the National and Kapodestrian University of Athens. He is quadrilingual in Greek, German, English and Spanish, and author of monographies and articles on various aspects of employment law. Kostis is frequently invited abroad to present his views on the (still ongoing and very difficult) process of implementing reforms in the Greek employment legislation.

Kostis is the Greek board member of the European Employment Lawyers Association since 2010. Giorgos Katharios is Partner of Bakopoulos Katharios. He is a member of the Athens Bar Association since 1975.

Giorgos was born in Athens on 12 November 1951. His father was a judge of the Supreme Civil and Criminal Court of Greece (Areios Pagos) and his mother was a French and piano teacher. He completed primary education in Marasleios Academy and took successfully the entrance examination for the German School of Athens, whence he graduated in 1969.

Parallel to his activity as a private lawyer, Giorgos holds the position of Legal Advisor in the renowned non-profit educational organization “Society for the Promotion of Education and Learning” since 1984. He has over 40 years of experience in legal practice and has taken part in numerous conventions and seminars on Administrative Law, Civil Law and Procedural Law.

He has a wide variety of hobbies, including cars (he takes part in historic car races), mountain skiing, books, music and photography. 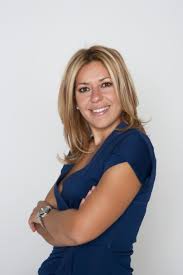 Dimitra Nanou is a qualified lawyer with over 14 years experience across a wide range of individual and collective employment law matters. Combining good legal knowledge with a realistic approach, she specializes in employment contracts and service agreements and handles business restructurings (including due diligences). Her practice also covers civil and commercial or corporate law related cases.

She worked in Brussels for the European Commission’s DG Research (Competitive and Sustainable Growth) in 1999 before joining Bakopoulos Katharios in 2000.

Dimitra was also appointed legal advisor to the General Secretariat of Commerce (Hellenic Ministry of Development and Competiveness) in 2007 to advise mainly on trade policies and corporate law. She dealt with the review of the statutory framework of the General Electronic Commercial Registry (G.E.MI.) as well as the establishment of the one-stop-shop system with a view to reducing bureaucracy and simplifying the legal or administrative steps and procedures for setting up a business. She further engaged in the regulation of retail outlet siting; the reform of the commercial exhibitions’ regulatory framework along with the structural and operational facilities of Convention and Exhibition Centers; and additionally in the trademarks research and registration. She also drew up legal opinions on questions referred for a preliminary ruling on the quantitative restriction on exports and measures of equivalent effect, as well as on food safety, audit, inspection and evaluation.

She is a member of the Athens Bar Association since 2000. She speaks Greek, English and French.